You are in : All News > Record Earnings for Hochdorf in 2016

Record Earnings for Hochdorf in 2016 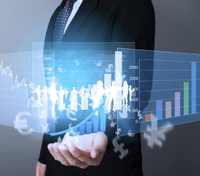 13 Mar 2017 --- Swiss market leader in developing, producing and marketing wholesome foodstuffs and ingredients, Hochdorf, reports a “significant” increase in earnings for 2016 with gross sales revenue at the previous year’s level of CHF 551.5 million (US$545 million).

Taking into account the major capital investments, the Board of Directors is applying to the Annual General Meeting for a slight increase in the dividend, from CHF3.70 to CHF 3.80 per registered share, payable from capital investment reserves.

The Group processed 741,769 tons of milk, cream, whey and milk permeate (PY 761,240 tons; -2.6%). In part, the decline is down to the difficult dairy ingredients market situation, coupled with an unfavorable ratio of raw material purchasing costs to the market price for selling dairy Ingredients products in some cases.

However, overall sales revenues kept pace with past year mainly because of the sharp increase in turnover in Hochdorf’s baby care area.

According to Hochdorf, the Group has coped will with the demanding situation in the dairy ingredients markets, with consolidated net income at CHF 19.4 million (US$19 million) was also a record figure.

The good earnings figures would not have been achievable without the organizational and structural changes introduced in 2014, it says.

“The path chosen at that time is proving to be right for the Hochdorf Group, with its focus on the three divisions, with some of its own logistics on site in Sulgen, with the adjustment to the product range and various other measures,” says a statement.

In comparison with the previous year, cash flow from operating activities has risen from CHF 19.0 m (US$18.8 million) to CHF 24.2 million (US$23.9 million). In 2016, the Group invested a total of CHF 43.2 million (US$42.7 million). As a result of the high level of investments, the free cash flow was negative as expected, at CHF -33.5 m. Due to the investments in expanding capacity, Hochdorf says it is also expecting negative free cash flow in the current business year.

Net borrowing stood at CHF 213.5 million (US$211 million) mainly due to the acquisition of the Pharmalys companies. This figure should return to normal on conversion of the mandatory convertible bond to be issued at the end of March 2017, according to the Group.

"All in all, we have generated a very good result as a business-to-business company. We nevertheless hope that the Pharmalys acquisition will help us increase the earnings figures for 2017 significantly once again", said Dr Thomas Eisenring, CEO of the Hochdorf Group.

The Pharmalys Group is a leading distributor of infant nutrition based on milk and cereals under its own brands Primalac, Swisslac and Swisslac Cereals. The products are sold to end consumers in over 40 countries in the Near East, Africa and Asia.

The lower turnover is due to the low price of milk, which had to be passed onto customers, and the challenging market situation, says the company, while the higher turnover at Uckermärker Milch GmbH is due to the sharp rise in the price of butter in the second half of the year, and the more attractive selling of buttermilk in terms of price.

The volume of liquid purchased and processed by Hochdorf Swiss Nutrition Ltd rose by 5.2% on the previous year, to 409,119 tons, while the need for whey increased with the regular manufacture of lactose for the Group’s own infant formula: in 2016, Hochdorf processed a total of 79,752 tons of whey (+44.9% compared to PY). The supplied quantity of milk fell sharply, following the very high quantities in the first half of the year. By year-end, Hochdorf had processed 315,553 tons of milk in Switzerland (PY: 324,951 tons; -2.9%).

At 271,700 tons of milk, milk permeate, buttermilk and cream, Uckermärker Milch GmbH processed -8.4% less liquids in its facilities than in the previous year (296,696 tons). The creamery and the filling plant for buttermilk were well utilized throughout the year. In the first half of the year, the plant also sold skimmed milk powder to the state intervention program.

HOCHDORF South Africa Ltd generated its first sales in May 2016, although as a start-up firm, gross sales revenue was at a low level. Hochdorf says that as far as the quality of the products is concerned, the company received consistently positive feedback from its customers and continues to do so. The marketing campaigns were geared towards making our products well known in the market.

Meike Bütikofer supported the Group for eight years in her role in marketing and strategy, chairing the Board of Directors' Market and Strategy Committee since 2014.

22 Sep 2020 --- Milk-based products can now be 3D-printed at room temperature without additives, thus preserving its temperature-sensitive nutrients while appealing to consumers on... Read More

16 Sep 2020 --- Descendant of John Cadbury and founder of British chocolate specialist, Love Cocoa, James Cadbury, is on the verge of launching his new venture – the... Read More

08 Sep 2020 --- Starbucks is targeting eco-conscious consumers by rolling out more plant-based offerings in selected stores across Asia from this month. The plant-based range... Read More