You are in : All News > Non GMO Expert Highlights New GM Risk to EU Supply Chain 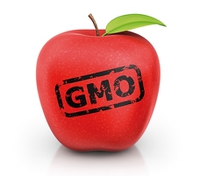 29 Jan 2016 --- 29 Jan 2016 –- An expert on Non-GMO has highlighted a new GM risk that may appear in the EU food supply. Those in the food industry should be alert to CV 127, (known as Cultivance), a new genetically modified soy bean that has been inserted with genes that give it herbicide resistance and can now be legally imported into UK and EU marketplace, under the label ‘soybean’.

“CV127 soybean poses a new challenge for manufacturers and retailers to protect stringent Non-GM practices, supported by robust Non-GMO certification”, explains Richard Werran, Managing Director of Cert ID Europe, the global market leader in Non-GMO certification.
Werran told FoodIngredientsFirst: “Whilst CV127 has been reported as safe for human consumption by the EFSA’s safety assessment, we’re advising customers to revisit their risk assessments. PCR testing protocols will need to be updated as CV127 isn’t detectable by traditional GMO markers. For ingredient suppliers, regular sampling and testing of soybean materials, as well as checking on the compliance of the agents and brokers in their supply chain will be necessary.”
“This is not a GM contamination, CV127 is a fully legal genetically modified soybean product. However, those wishing to keep their ingredient supply GM free should be aware of this new GM strain and take appropriate action in testing for this when testing for other GM strains. New testing protocols will need to be introduced as CV127 isn’t detectable using traditional GM testing. No contamination is being insinuated by Cert ID Europe, but companies due diligence may include testing for GM ingredients if they intend to make a Non-GM claim about their product,” he adds.
“CV127 is expected to account for 0.2-0.3% percentage of GM soy grown in Brazil alone, even though CV127 was introduced late into the last GM crop planting season,” Werran adds, “CV127 is not expected to reach more than 0.1-0.2% of volume. Regardless this still accounts for a huge metric weight of Cultivance produced in Brazil alone and is a threat to no GM compliance.”
Cert ID Europe’s sister company Genetic ID Europe has recently developed a validated detection method for the CV127 GM soy variety. CV127 contains no ‘classic’ GM markers like 35S promoter or NOS terminator so common testing strategies need to be amended with a CV127 specific assay.

Coffee buyers and connoisseurs are celebrating the major strides that Brazil has made in terms of scaling new bean varieties and sensory properties, in addition to key... Read More

PLT Health Solutions has received approval from the Non-GMO Project to sell its menatto brought by Japanese oils producer J-Oil Mills under this label. Menatto is a... Read More

US$1.1M grant to advance commercial soy-based products across US

A project worth US$1.1 million to build infrastructure for the processing of soy-based products is being awarded to the US-based Purdue University Food Entrepreneurship... Read More