You are in : All News > Multi-Million Dollar Coca-Cola Zero Sugar Ad Campaign to Launch Ahead of Sugar Tax 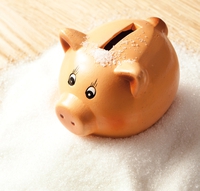 24 Jan 2017 --- Coca-Cola’s European bottling partner is launching a £4.5m ($5.6m) advertising campaign supporting Coke’s sugar-free variant Coca-Cola Zero Sugar, ahead of the introduction of the sugar tax in the UK in 2018. Coca-Cola European Partners (CCEP) launched the campaign on January 16. It is set to launch in the UK and other key European markets.

The campaign features the slogan ’Tastes More Like Coke’, highlighting its similar taste to the original coke but with no sugar.

A  20-second television commercial that runs until the end of February will further highlight the benefits of the reformulated product.

Simon Harrison, operational marketing director at CCEP, said: “This campaign is designed to help retailers grow their sales by highlighting to consumers that Coca-Cola Zero Sugar is not only calorie-free, but delivers the iconic taste and refreshment of Coca-Cola Classic.”

“This multi-million-pound investment underlines our commitment to supporting further growth of the brand by encouraging consumers to switch to no sugar and bringing new people into the category, helping retailers to build on the impressive sales of Coca-Cola Zero Sugar since its launch last summer.”

This latest campaigns follow the £10m ($12.5m) campaign launched last year to highlight changes that Coca-Cola had made to its sugar-free variant.

The drink previously known as Coca-Cola Zero, which was launched in 2006, was renamed Coca-Cola Zero Sugar, after company research found half of British consumers did not know the brand contained no sugar.

Details of the revamp to the drink came a month after the then chancellor, George Osborne, announced a surprise sugar tax on soft drinks to be introduced in 2018.

The UK government has published draft legislation for a tax on sugar-sweetened drinks, which is set to begin from April next year.

Ministers hope it will help tackle the nation's obesity problem.

22 Jan 2020 --- Coca-Cola will not stop using plastic bottles completely, due to steady consumer preference. This is according to the company’s Head of Sustainability Bea... Read More