You are in : All News > MEPs Fight Against Unsustainable Palm Oil Entering EU Market 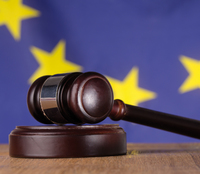 10 Mar 2017 --- MEPs are advocating sustainable palm oil practices and calling for a clampdown on member states importing unsustainable palm oil with links to deforestation and habitat degradation which are particularly significant in South-East Asia. Discussing the issues yesterday (Thursday March 9) European politicians backed a non-binding report looking into how the EU can tackle the environmental impacts of palm oil production.

Members advocate a phase-out of the use in biofuels of vegetable oils that drive deforestation by 2020, and a single certification scheme for palm oil entering the EU market.

The text was adopted with 56 votes to 1. It will be put to a vote by the full House during an April plenary session in Strasbourg.

“We want an open debate with all actors so we can make palm oil production sustainable, without cutting down forests and in compliance to dignified human rights conditions,” said Katerina Konecná (GUE/NGL, CZ) who drafted the report.

“This is the first EP report on this issue and it is up to the Commission, how they will stand up to it. We cannot ignore the problem of deforestation, which threatens the Global Agreement on Climate Change COP21 and UN Sustainable Development Goals,” she added.

Katerina Konecná stresses to FoodIngredientsFirst that her report was never about pointing fingers at some countries to blame them. “The main goal of the report is to strongly support sustainable production of palm oil, which would be done without deforestation and with respect to maintaining biodiversity and human rights. Since the 1970s, 90% of the growth in palm oil production has been concentrated in Indonesia and Malaysia. Moreover, oil palm cultivation is taking off also in other Asian countries, as well as in Africa and Latin America, where new plantations are constantly being established and existing ones expanded which will lead to further damaging the environment.”

“If the report is adopted at the plenary, it will go directly to the Commission. It will be on then to prepare legislation that would turn words from the report to reality. Commission is currently waiting for report evaluating their action plan about deforestation, but I believe they should act as soon as possible since this subject is damaging prospects of fulfilling the COP21 Paris Agreement and UN Sustainable development goals,” Konecná explains.

MEPs note that 46% of total palm oil imported by the EU is used for the production of biofuels, which required the use of about one million hectares of tropical soils. They urge the Commission to take measures to phase out the use of vegetable oils that drive deforestation, including palm oil, as a component of biofuels within the next three years.

Although there are voluntary certification schemes which promote sustainable cultivation of palm oil, MEPs says the standards are often subject to criticisms and can be confusing for consumers.

They want to see a single certification scheme which guarantees only sustainable palm oil enters the European market and call for the EU to introduce sustainability criteria for palm oil and products containing palm oil entering the EU market.

The Commission should increase the traceability of palm oil imported into the EU and should consider applying different customs duty schemes reflecting more accurately the real costs until the single certification scheme is applied, they said.

Palm oil is extensively used in food, cosmetics and biofuels, however the unsustainable production of the cheap vegetable oil leads to deforestation, loss of nature habitats and greenhouse gas emissions, according to Konecná’s report.

She said that while the EU was one of the world's largest palm oil consumers, it was now also trying to become the most important player concerning limiting its consumption.

Although palm oil was barely employed some 30 years ago, its use has more than doubled since 2010 and according to estimates will again double by 2050. It can now be found in a variety of products such as margarine, chocolate spread, crisps, but also in cosmetics, detergent and biofuel. In 2014 alone 45% of all palm oil imported into Europe was used as transport fuel.

In her report Konecná calls on the European Commission to strengthen environmental measures to prevent palm oil-related deforestation and phase out the use of palm oil as a component of biodiesel by 2020. Products should also be able to be certified for the socially responsible origin of their palm oil.

“I believe that the European Parliament should be very ambitious," she added. "There should not be any palm oil in biofuels."

In a statement to FoodIngredientsFirst, Anita Neville, VP Corporate Communications and External Affairs at Golden Agri-Resources (GAR) – Indonesia’s largest grower of palm oil says: “This motion comes at an important moment for the European Union, particularly as policymakers begin to examine the detail of RED II. The recognition that palm oil can be cultivated responsibly and can make a real contribution to the economic development of a country is important. This is after all, a food crop which in Indonesia is 40% smallholder grown."

“The EU is a powerful source of demand for sustainable palm oil. It can achieve much more.  Policymakers should therefore be cautious on the creation of barriers, notably in biodiesel. Better to instead define what you would like to see, set realistic targets and ultimately act as that crucial source of sustainable demand."

“We believe, and as elements of this motion look to suggest, that by engaging with, and continuing to support the development of responsible palm oil, the EU will achieve far more than if it weakens ties and hopes a different source of sustainable demand will fill the resulting gap.”

The controversy surrounding palm oil production and its links to deforestation, bad labor practices and more, has been making headlines around the world for some time now with campaign groups calling on the industry at large to clamp down on unsustainable practices.

HSBC has recently strengthened its “no deforestation, no peat, no exploitation” policy promising not to fund palm oil companies involved in rainforest destruction following a Greenpeace investigation which linked the bank to companies destroying large areas of land.

The “Dirty Bankers” investigation exposed HSBC’s funding of palm oil companies and prompted thousands of people to join the campaign to change the bank’s policies, including 30,000 HSBC customers.

And in November 2016, Mondelez International issued a stern warning to suppliers of palm oil by saying it would not work with companies using unsustainable practices. The confectionery giant has updated its sustainable palm oil action plan to build on the progress made since 2014. The revised plan requires suppliers to improve practices across entire operations with an increased focus on risk assessment and engagement of third-party supplier to drive accountability for traded oil.

The non-profit watchdog for the palm oil industry – The Roundtable on Sustainable Palm Oil’s (RSPO) – has also urged NGOs, policy makers and academics to closely collaborate to achieve a sustainable palm oil ecosystem for now and the future.

At an RSPO conference late last year, officials emphasized social issues within the palm oil producing regions, related to contract labor, gender, migration and occupational health and safety and how the whole supply chain and invested stakeholders can contribute in addressing these issues.

In a successful proof of concept in Indonesia, Unilever has applied GreenToken to source more than 188,000 tons of oil palm fruit. The solution helps Unilever track,... Read More