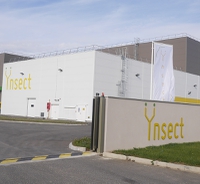 Ÿnsect CEO and agronomist Antoine HubertIn addition, the plant will benefit the environment by avoiding the need to reduce wild fish stacks by 800,000 tons and will create around 1,200 direct and indirect jobs.