You are in : Tate & Lyle Launches Salt Microspheres System Globally 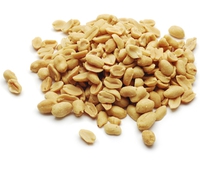 23 Oct 2012 --- Tate & Lyle, the global ingredients and food solutions provider, announces the global launch of a ground breaking, new salt reduction ingredient, SODA-LO Salt Microspheres, that tastes, labels and functions like salt because it is salt. With SODA-LO, food manufacturers can reduce salt levels by 25 to 50 per cent in various applications without sacrificing taste.

SODA-LO Salt Microspheres has been created using a patent-pending technology that turns standard salt crystals into free-flowing crystalline microspheres. These smaller, lower-density crystals efficiently deliver salty taste by maximizing surface area relative to volume. SODA-LO makes it possible to enjoy the same salt taste while consuming lower levels of salt. Because SODA-LO is made from real salt, it has none of the bitter aftertaste or off-flavours associated with some other salt compounds or substitutes.

"As public health advocates continue to call for a reduction in salt intake worldwide, studies show that consumers associate products labelled as low-salt as having inferior taste," said Andy Hoffman, Director of Health and Wellness Innovation, Tate & Lyle. "Having a salt reduction alternative that’s made from real salt and delivers on that taste expectation could be the first step towards breaking that link in people’s minds that a low-salt product is a bland one."

"Salt is a staple in food production – not just because of taste, but function, as well. It acts as a preservative and texturizing aid, for example. Through advanced technology, Tate & Lyle has produced salt microspheres to give manufacturers an ingredient that functions as well as, if not better, than salt," said David Lewis, Director, Health and Wellness Product Management, Tate & Lyle.

SODA-LO Salt Microspheres has been tested and shown to work well in a wide variety of foods including baked goods, breading and coatings, salty snacks and work continues to assess its suitability in a number of other applications.

SODA-LO Salt Microspheres was recently recognised as one of the most innovative new ingredients at Food Ingredients South America. Its global debut in North America and Europe will be next month at SupplySide West between 5-9 November 2012 (Las Vegas, Nevada) and Health Ingredients Europe between 13-15 November 2012 (Frankfurt, Germany).

In this week’s industry news, Phytolon secured US$14.5 million to advance its fermentation technology of natural food colors, and Vaess developed a vegan melting... Read More

Growing consumer awareness is driving reformulation with fiber at its core. Though there is greater understanding of the health benefits associated with fiber, consumers... Read More

This week in industry news, Mondelēz International joined The Sustainable Trade Initiative Living Wage Roadmap and the Food and Agriculture Organization of the United... Read More